What will the communications department of the future look like?

Home » What will the communications department of the future look like?

What will the communications department of the future look like?

It is no secret that social media has turned the role of the communicator on its head. Just as the iPod did with consumers, or cloud computing has done in business technology, the emergence of Twitter, LinkedIn and other social media platforms have had a disruptive influence on the communications world.

But while a lot has been made of the role that social media plays in the communicator’s daily routine – and rightly so- there are other factors at play that will have a significant influence on how communications professionals will operate in the future.

The CEO
Communication heads can influence, train and support the CEO but the best and most successful organisations will be the ones who have CEOs who are not only natural leaders, but also seasoned communicators. CEOs who understand and are committed to relentlessly communicating, both internally and externally.

The explosion of information in the last few years has created a greater demand for transparency and authenticity as well as a greater focus on corporate ethics – forcing us as communicators to play a greater strategic role and work very closely with our CEOs who equally have to have this issue very much more on their radar.

ROI
At a conference recently, a global head of technology at a major technology company talked about the work that has been done to justify and measure return on communications investment in his organisation.

Whilst not solving the problem completely, a global system that goes beyond traditional media metrics has been developed to focus on a variety of KPI’s. These include a net promoter score, which helps his team to understand the balance between advocates and detractors in every major market around the world.

Until we can all demonstrate return on investment, communications professionals will struggle to be adequately heard in the boardroom.

Agency Evolution
Just as in-house communication functions are going through major change, the same is obviously true for consultancies.

Traditional communications firms need to focus on research and data, understanding human psychology and ‘manage’ reputation rather than ‘communicate’.

Furthermore, CCOs will head up diverse teams with an onus on creating disruptive solutions via a campaigning mentality, not simply repeating the same old marketing mantras as has been the case in the past.

Constructing the public image of the organisation, and not just projecting it, will take on renewed importance and will focus on communities and engagement – with those communities receiving content grounded in data and insights.

The factors above will ultimately shape the new-age communications department and see it responsible for the extent to which an organisation is trusted. Such daunting changes will inevitably involve an element of risk, but success will be judged on how bold and agile communications professionals prove to be.

By not tweaking elements at the edges and merely bolting ‘new’ ideas onto old models, we will see the communicator thriving in today’s social media obsessed world. 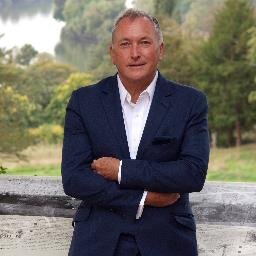